Coconut cream pie is a little slice of heaven. It is a love language you speak from the oven. Cream pies began to become popular in the early 1800s. It seems that farmers had an abundance of milk and eggs during that beautiful period in agriculture.

Clever, creative cooks found a delicious use for the excess! However, it was almost a century later that coconut cream pie entered the scene.

There was a period of great prosperity in America that began in the late 1800s and lasted into the early 1900s. It was also an age of cultural awakening and curiosity about what was happening in the rest of the world.

During this time, the affluent had the opportunity to try exciting new foods from all over the world. They discovered they LOVED tropical fruit like pineapple and bananas, but coconut had not yet arrived in the American and European markets.

Just like today, an efficient supply chain is essential for getting products in the hands of consumers. Coconuts were hard to transport without spoiling, and once they arrived at their destination, people did not know what to do with the big shaggy brown nuts.

When a company in Ceylon began to shred and dry the coconut meat, coconut used for baking and cooking became widely available because it was easy to ship. It was snatched up and eagerly adopted by homemakers and chefs in Europe.

Franklin Baker was a flour miller in Philadelphia. In 1894 after he received a cargo of fresh coconuts in payment for a consignment of flour he exported, but Mr. Baker was unable to find a buyer.

The entrepreneur was convinced there was a market for it, so he set up his own coconut business, drying and shredding the meat. It went so well he sold his flour business! In 1895, he set up a factory right there in Philadelphia. Almost singlehandedly, he put coconut into the hands of American housewives, commercial bakers, and candy makers.

After its initial success in Europe, coconut took America by storm. Recipes began showing up in cookbooks almost immediately. By the turn of the century, coconut custard and coconut cream pie were everywhere.

How Did Coconuts Get Their Funny Name

There is no cocoa in them, and coconuts aren’t a true nut. So, how did they get the funny name? In Spanish and Portuguese, “coco” is the name for a monkey face. There are three large round dots on one end of the coconut. The early explorers might have imagined a face on the hairy-looking sphere.

Make A Scrumptious Coconut Cream Pie Today For Someone You Love

I’m not joking when I say, “make it for someone you love.” It is a labor of love. None of it is difficult, but it is labor-intensive. And there will be many dishes to wash.

You will spend much more time making a coconut cream pie than you would EVER spend on making a fruit pie. A meringue-topped pie is involved. You will make a crust, a filling, and a topping. Each step is separate.

Don’t let this stop you because the results are so worth it! And the recipient of the pie will probably ask you to marry him or her if you are not already married. It’s that good.

This time, I want you to make the whole pie from scratch. I know. You could buy a pie crust in the store. You could throw away the egg whites and put whipped cream on top instead of meringue.

But at least once, you should spend an afternoon on a really great American classic, coconut cream pie topped with coconut-studded meringue and baked to a beautiful toasty golden brown. I will hold your hand.

Let’s Start With The Easiest Ever Pie Crust

You do not need cold butter, a rolling pin, or waxed paper. Just pat the oil-based pie crust dough into place with your fingers. Make and bake this first and set it aside until you’re ready to put the filling in it. Next, make the meringue. It can sit and wait until you have cooked the filling.

HOW TO MAKE THE MOST LUSCIOUS LOFTY MERINGUE

Hints For The Tallest, Prettiest Meringue:

Start with egg whites in a tall bowl. You can put the egg yolks in a small bowl and set them aside. Use a whip attachment to maximize egg white volume.

A sturdy stand mixer makes the job easier, and a stainless steel bowl works great. Add the vanilla and cream of tartar when you begin to whip the egg whites. You can use a hand mixer to do this, it works fine, but it’s a little slower.

Beat the whites until soft peaks form, then begin adding sugar a spoonful at a time. Stop and scrape down the sides with a rubber spatula to make sure all the sugar is incorporated. Repeat until all the sugar has been added.

Feel the meringue between your fingers or put a little bit on your tongue. It should feel smooth, not gritty. All the sugar should be dissolved. Do not under beat. Attention to this step ensures a gorgeous meringue that doesn’t “weep.”

Set the meringue aside while you make the filling.

Beat the egg yolks a little bit and have them ready. The filling begins with cornstarch or flour and sugar. Whisk them together in a heavy saucepan, then add the milk. Bring the mixture to a boil, stirring constantly. It will develop a thick, sauce-like consistency.

Remove the pan from the stove.

Take a small amount of the hot mixture and stir it quickly into the egg yolks. Then pour the egg yolk mixture into the saucepan and return it to the stove.

Cook and stir it constantly for 2 minutes, then remove the pan from the heat. Add the cup of coconut, butter, and vanilla. Stir until the butter is all melted.

Net, pour the filling into the pie crust. Smooth and level it. Be sure to lick the spoon and the pot!

Gently pile the meringue on top of the filling. Use the back of a spoon to work the meringue evenly across the coconut cream pie filling. Leave it tall in the center. Make sure the meringue touches and sticks to the crust around the entire perimeter of the pie! Careful attention to this detail will keep the meringue from shrinking!

Sprinkle 1/3 cup of coconut evenly over the top of the meringue. Bake it in a hot 400-degree oven for about 12 to 15 minutes. The meringue should be golden brown. The peaks and coconut will be a toastier brown.

Let the pie cool completely before cutting and serving. This can take 2 hours or more.

Run the knife under hot water before you cut the pie to keep the meringue from tearing. Cover and refrigerate any leftovers.

My husband waffles between saying coconut cream pie or lemon meringue pie is his favorite. Both amazing pies are classic American desserts! Do you have a favorite meringue pie or cream pie? Is there another pie recipe you’d like to see here? We love hearing from you. Please leave us a comment! 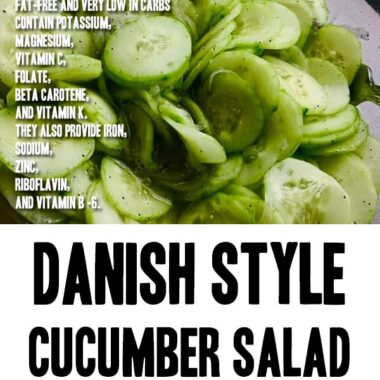 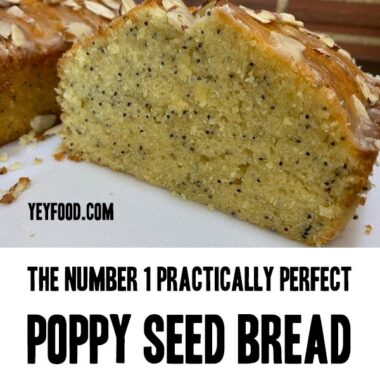