Bake A Scrumptious Sour Cream Raisin Pie For Someone You Love

Bake a scrumptious sour cream raisin pie this afternoon. Today, I’m letting you in on the wonderful old-fashioned recipe. Just how old is anyone’s guess, but if you mention it to anyone who has had the joy of tasting it, they will probably tell you it’s a favorite.

Some folks top it meringue; others prefer whipped cream. Either way, the creamy, yummy, cinnamon-y filling is unforgettable! I’ll explain exactly how to make both versions. Read the directions carefully.

My friend Beth loves sour cream raisin pie, so I started baking her one every birthday. Beth doesn’t love meringue, so for her, I bake it the way my husband’s sweet Aunt Dora made it. She took a shortcut.

Aunt Dora used the whole eggs in the filling and topped the pie with plenty of whipped cream. That is pretty darn tasty for someone like me who has an even bigger fat tooth than a sweet tooth! Bring on the butter, and bring on the cream!

Curiosity got the better of me. Where did this idea for pie come from? This recipe came as part of the package deal when I married my husband. I had very few close relatives in this country because my parents immigrated here before I was born.

On the other hand, my husband came from a huge tribe that included three of the most adorable unmarried aunts and many other great cooks on both sides of the family. Aunt Dora, the one wearing the stripes in the photo, seemed to be the family “Queen of Pies,” and she is the one who first shared the recipe with me.

But, I wanted to dig a little deeper. The waters get pretty murky when you try to discover where this recipe originated. It appears to come from Northern European or Scandinavian roots. That makes sense because fresh fruit was not available for much of the year, but raisins were pretty easy to come by.

There are many versions of raisin pie. Some have double crusts, some have an equal amount of nuts and raisins, and some were made similar to mincemeat pies.

One nickname for raisin pie is “funeral pie.” This name for the pie was news to me! Apparently, it was a good keeper and could be made ahead of time. It was commonly given as a gift to a bereaved family or served at the funeral dinner.

In this post, I have included a recipe for the crust, the filling, and the meringue, so everything is handy for you, whichever way you choose to serve this fantastic pie!

Whichever you choose to make the scrumptious sour cream raisin pie, you’ll start with the crust. A “store-bought” crust is certainly acceptable! It needs to be a 9″ pie shell. Here’s a fantastic recipe for a crust that does not require cold butter, waxed paper, or stress of any kind. It’s so simple I call it Patty Cake Pie Crust.

If you want to top your pie with meringue, then “blind bake” the empty crust. There are loads of tips online about doing this without the crust shrinking. However, my Patty Cake Pie Crust stands up nice and tall in the oven if you prick it all over with a fork before baking.

If you’d rather top your pie with whipped cream, you’ll cook the filling and put it into the unbaked crust. Here is the recipe for easy Patty Cake Pie Crust.

Separate the eggs carefully and set the yolks aside for now. One more side note: Before you begin cooking the filling, pour enough boiling water over the raisins so they have time to plump up a little. I like to do this right in a glass measuring cup and let them sit while making the meringue.

Here are some things that will make your meringue taller and prettier.

Add the cream of tartar and vanilla to the egg whites. With a whip attachment, beat until soft peaks form.

Then, add the sugar a tablespoon at a time. Don’t rush this. The sugar needs to dissolve completely.

Feel the meringue between your fingers or on your tongue as you go. The meringue should feel smooth, not gritty. The sugar should become nearly unnoticeable.

Stop every couple of tablespoons and scrape down the sides of the bowl to make sure the sugar is all dissolved. I allowed about a minute for each tablespoon of sugar and used the time between spoonsful to tidy up the kitchen a little.

Stop when the sugar is all dissolved, and the meringue holds a peak when you lift the whip. Set the meringue aside while you make the filling.

First, combine the sugar, cornstarch, salt, and cinnamon or nutmeg in a heavy saucepan. Add the egg yolks and sour cream. Cook over medium heat, constantly stirring, until the mixture thickens to a pudding-like consistency.

Drain the raisins well and add them to the filling. Stir until they are distributed evenly.

Pour the filling into the baked pie shell.

Pile the meringue onto the pie filling. I like to use the back of a spoon to spread it around. Leave it higher in the middle and make lots of peaks.

Bake it in a 425-degree oven for 10 to 12 minutes or until the meringue turns a beautiful golden tan and the tips are a slightly darker shade of brown.

Not a fan of meringue? Think it’s too much work? Aunt Dora was a cutie pie, but she was a smart cookie, too. She saved time and energy by making the same filling, but she used the whole eggs and didn’t bake the pie crust first. By eliminating two steps, she made this pie just as tasty but a lot faster.

Cook the filling and put it in the unbaked crust. I sprinkled a little cinnamon sugar on mine just for good measure! Bake it at 425 degrees for about 10 minutes, turn the oven down to 350-degree and bake it for about 30 minutes. The surface of the pie will be a lovely golden brown.

Let it cool and slather on the whipped cream or your favorite whipped topping.

Now you have the recipe for scrumptious sour cream raisin pie! I hope you try it, and I bet if you do, it just might turn out to be your favorite, too! Do you have a favorite pie? Is it a secret, or would you share your special recipe? 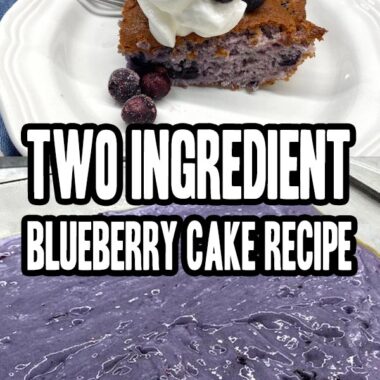 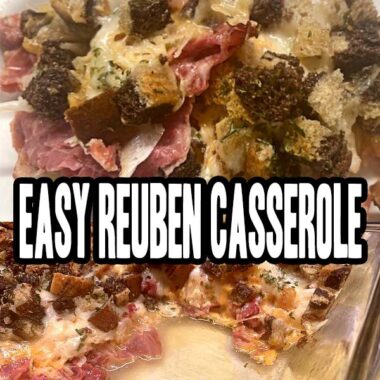 Reuben Casserole Is The Easy Way To Satisfy Your Craving