How To Make Classic Irish Colcannon The Ultimate Comfort Food

Classic Irish Colcannon is the ultimate comfort food, and it’s cheap to make. How can you go wrong with a dish loaded with butter, cabbage, onions, mashed potatoes, and bacon?

Irish Chef Richard Corrigan maintains, “there’s no such thing as a recipe for Colcannon, really. It’s something that is put together with love, not measurements.” Generally speaking, that’s the way I cook, which is why my biggest challenge in writing about food is to provide specific measurements.

I’ve been eager to learn about Colcannon for a long time because it is a potato-based dish. I made my first batch a while back, and we devoured it. But then, my full-blooded German husband never met a potato he didn’t like. I thought it would be good to try something new, but it wasn’t a tough audience. We’ve found a new favorite dish!

I joke about my husband’s German ancestry (he can’t help it) and his affinity for spuds, but there was a time in Ireland when potatoes weren’t just a thing; they were everything to a certain population sector.

Potatoes were once the staple of existence for the poor in Ireland. Potatoes were the difference between sickness and health, almost to the point of life or death. Here is a fascinating article about the importance of the potato in nineteenth-century Ireland.

How To Make Authentic Irish Comfort Food For Your Family Tonight

Remember the words of Irish chef Richard Corrigan, “there’s no such thing as a recipe for Colcannon, really. It’s something that is put together with love, not measurements.” Colcannon does not require precision. 😉 That’s good for me because precision is not my gift!

After 50 years of marriage to Papa, I thought I knew everything there is to know about potatoes. Still, the term “floury” is a relatively new bit of potato terminology for me. Begin by boiling some “floury” potatoes like Russets. Floury potatoes are low in water content, and most of their sugar has converted to starch by harvest time. This quality leads to a dry, fluffy, cooked texture accentuated by baking and mashing.

The dry, starchy consistency of Russet potatoes enhances their ability to absorb all the wonderful butter, cream, or bacon drippings that give Colcannon such massive flavor.

I peeled the potatoes, but some suggest cooking them in the skin, peeling them, then mashing them for more flavor. I peeled mine first because I hate burning my fingers! Put the potatoes in a pot with just enough water to cover them.

While the potatoes are boiling, cut the bacon into small pieces, fry them until they are crisp, and set the bacon aside. Saute shredded cabbage and chopped onion in the bacon drippings until they are soft and start to get transparent.

Then, drain and mash the potatoes but leave them a little chunky and rustic. Colcannon isn’t the place for whipped potatoes. Now, fold the green onions, cabbage-onion-bacon mixture, and every bit of the drippings into the mashed potatoes. Sprinkle the bacon bits over the top, dot with more butter, sprinkle with parsley for pretty, and serve it piping hot!

We had some wonderful beef Polska kielbasa with our Colcannon. I had charred it a bit, so it looked really tasty. It was a good-looking plate, but imagine what you could do with a wee bit more effort! The humble food of potatoes, cabbage, onion, carrot, and sausage in the photo below makes a feast for a king!

Have you ever had Colcannon? Have you ever heard of it? It would be a perfect dish to serve for St. Patrick’s Day, but any cold night when you need something cozy to eat is a wonderful night for Colcannon! You would probably enjoy it with Irish Stew with Guinness and Irish Soda Bread! We hope you try it and if you do, send us a picture!! We would be so tickled we’d dance a jig in a green bowler hat!! 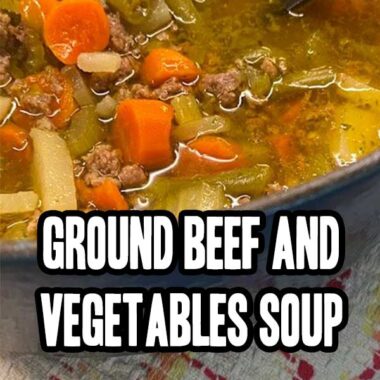 How To Make Comfort Soup From Ground Beef And Vegetables 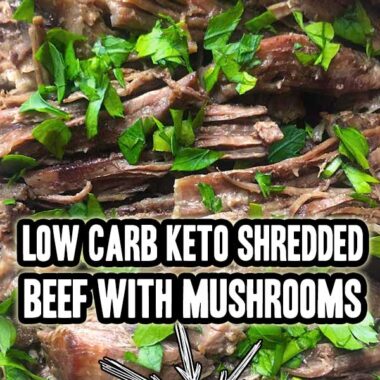